The relationship between burns and aloe vera 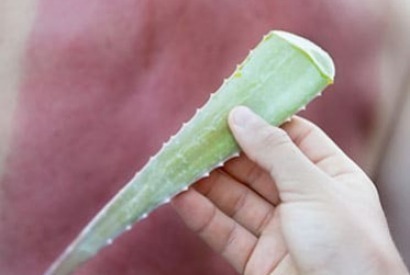 Since ancient times, aloe vera has been used as a natural remedy. It is known that in Egypt, around 3,000 BC, they already began to know the utilities of this plant and in Sumeria, around 2,100 BC, they already used it medicinally for its laxative effects.

What are the properties of this wonderful plant that makes us, today, 5,000 years after its discovery, continue to recognize its value? This time we focus on the relationship of burns and aloe vera

Burns are skin lesions that may have been caused by the sun, by thermal agents such as kitchen fire, electrical agents, etc.

From 1930, a doctor named Collins and his son found that aloe vera very effectively cured X-ray burns. Following this discovery, research into its application as a treatment for burns continued with great success and began a progressive increase of commercial exploitation for said use.

Water is the main component of aloe vera juice, assuming around 95%, which allows its active ingredients to dissolve well and act with great efficiency.

Some of the main active ingredients that make aloe vera have beneficial effects on burns are: vitamins such as A, which is a powerful regenerator, B5 that stimulates cell regeneration and moisturizes burned skin, or C that promotes the healing; enzymes such as carbopeptidase, which acts on inflammation and promotes healing, and sterols that act as anti-inflammatories and analgesics, in addition to amino acids, mineral salts and compounds that protect against microbial infections.

From Penca Zábila we encourage you to tell us about your experience with burns and aloe vera.

And, above all, beware of the sun and fire!