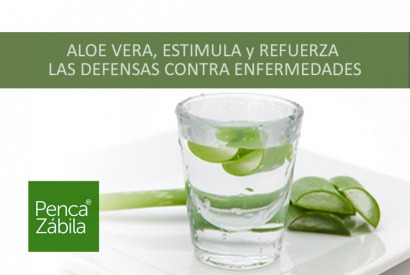 A doctoral thesis from the University of Alcalá de Henares (UAH) proves that pure aloe vera juice is a potent cellular regenerator with a regulatory and modulating capacity of the immune system, the university has reported.
Aloe Vera is the medicinal queen plant of nature on which there is a multitude of scientific research that confirms its broad health benefits and its properties. The thesis of Dr. Tatiana Yebra of the University of Alcalá de Henares (UAH), entitled 'Evaluation of the functionality of aloe vera in cell cultures in vitro' in human cells, demonstrates once again scientifically the properties attributed to aloe vera.
In addition, it opens a world of possibilities as an adjuvant for the estimation and reinforcement of defenses, in a multitude of immunologically based pathologies. The studies have been carried out with pure aloe vera juice - free of aloin and with the minimum amount of preservatives needed to keep it stable over time - and have been carried out in skin, eye and human blood cells.
The results are "brilliant", since it has not only been corroborated that stabilized aloe vera juice is a magnificent antioxidant, rejuvenating, anti-aging and skin bleaching, but an excellent regenerator of skin damaged cells by chemical agents ( both epidermal and dermal).
In the case of the eye, it has also been shown to be a good regenerator of damaged cells in the cornea.
In addition, the work shows that pure aloe vera juice has direct modulating and regulating effects of the immune system.
"The anti-inflammatory effect of aloe vera is not well studied; however, studies conducted in this thesis show that aloe vera is a potent inhibitor of the production of pro-inflammatory stimuli. Even treatment with aloe vera juice could help to correct imbalances of the immune system responsible for many diseases with inflammatory bowel involvement, such as inflammatory bowel disease, liver cirrhosis or spinal cord injury, "says Tatiana Yebra.
The research has also shown that pure aloe vera juice causes an increase in the ability to respond to pathogens (external agents that can cause disease), increasing bacterial phagocytosis, without increasing the damage caused by reactive oxygen species.
The aloe vera juice studied has been shown to have an implication in resistance to the effects of programmed cell death, "which could give this plant the ability to increase the survival of antitumor lymphocytes in treatments
Chemotherapeutic agents in cancer cases. "" Therefore, aloe vera extract could be a good adjuvant in patients receiving chemotherapy treatments, "he said.

Tatiana Yebra warns that the best way to take aloe vera is in juice or pure gel, free of aloin or lyophilized.